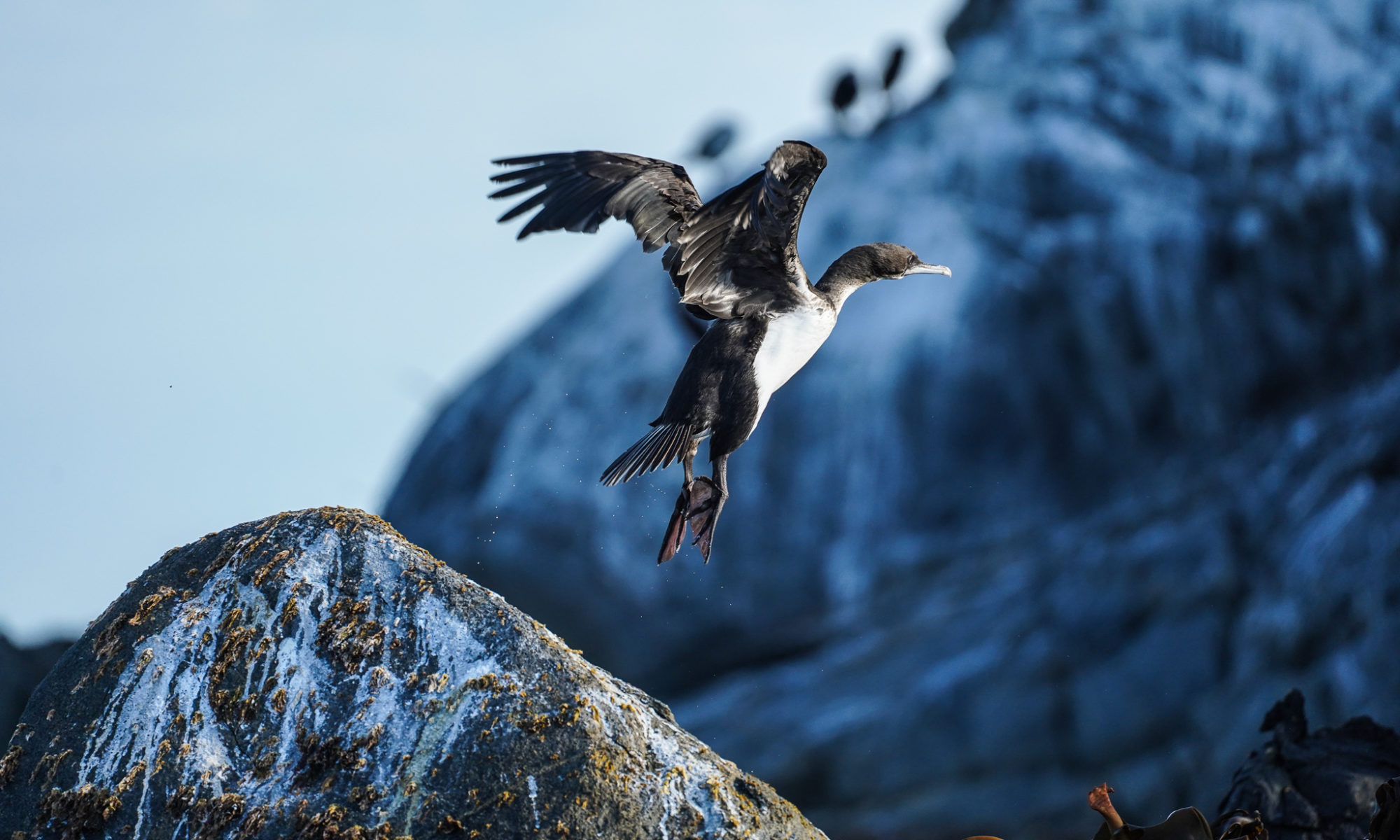 If you have a keen interest in wildlife then this pelagic tour is just right to get you acquainted with the real Stewart Island locals.

Stewart Island is situated in the unique convergence zone of the Tasman Sea, Pacific Ocean and bordering the Southern Ocean. This means it offers great potential to encounter a huge variety of ocean going bird species in just the one location. Many of these species can not be found anywhere else, other than the very remote and restricted Subantarctic Islands, which are much harder to get to!

Penguins, albatross, mollymawks, petrels, cormorants, gulls, terns, skua, and wading birds can all be spotted here. Check out the rest of this page to get an idea of exactly who you could encounter on a pelagic tour.

Depending on the day, the weather, and your particular interests our expert skippers will select the perfect excursion for you. You may explore the Ulva Island coastline, the Bravo Island group, the Neck, Whero rock, Bench Island and other areas of interest in and around Paterson Inlet/Stewart Island.

Weighing in at 5kg’s and standing 65cm tall makes Yellow Eyed penguins the largest penguins breeding on the New Zealand mainland. They are listed as nationally endangered, with only ~1,700 breeding pairs. Of these, 180 breeding pairs are found on Stewart Island. When feeding, they are known to dive to depths of as much  as 40-100m.

Fiordland Crested penguins are only found in New Zealand.  Breeding sites are only found on inaccessible areas of Stewart Island and Southland/Fiordland. Successful breeders are known to return to their colonies each year.

Little Blue’s are the most common penguin living in Stewart Island waters. As the name suggests, they are also the smallest variety of penguin… in the world!
Blue penguins forage at sea during the day, and return to nesting areas at dusk. Before coming ashore they can be seen congregating in small groups or ‘rafts’ which are always comprised of the same individuals.

Watching these birds skim, glide and turn is mesmerising – and they aren’t shy of the boat, often coming in for a close swoop! Here we encounter many different types of Mollymawks & Albatross, including:

An abundant variety of petrels call these waters home, including:

At least four distinct species of cormorant are regularly spotted on pelagic tours, each with their own distinctive and beautiful features. Spending some time watching them swimming and fishing in the beautifully clear water is highly recommended!

In a category of it’s own, and often spotted alone perched on the highest lookout points, keep your eyes peeled for this oceangoing bird of prey.

The coastline and estuaries of the Island are home to two types of Oyster Catcher – the Variable and the South Island Pied, two types of Dotterel – Banded and NZ South Island, a resident population of Royal Spoonbills, White-face Heron, White Heron, and migrating Godwits and Ruddy Turnstones (during the New Zealand summer months).